Ed Mass from Yes it’s Organic says that Rayon, Viscose, Modal and Tencel are biodegradable but worrying Wikipedia states that many kinds of marine creatures eat rayon fibres and that they end up in their bloodstream which can be fatal for them, and a recent ocean survey found that rayon contributed to 56.9% of the total fibres found in deep ocean areas. Information that I received from the company Lenzig indicate that their fabrics Tencel and Model will disintegrated by up to 90% after 6 months, that no more than 10% of the remaining material will be bigger than 2mm and that residual heavy metals and fluorine are below permitted levels. It’s up to you to decide if this level of disintegration and contamination is acceptable to you.

Lenzig’s products have been tested for compostability but we can’t assume this level of disintegration for all forms of rayon or viscose because every manufacturer has their own process for making it. In his post Rayon Recycling, Fred Decker of Demand Media says rayon is compostable and he quotes the a research paper from the Journal of Applied Polymer Science as proof but I don’t have full access to this database so can’t verify it and the abstract seems to suggest that it’s not a cut and dried issue and is heavily dependant on conditions.

Ps – You can read more about Sustainable Ethical Fibres and Fabrics here.

This site uses Akismet to reduce spam. Learn how your comment data is processed.

Support me on Patreon 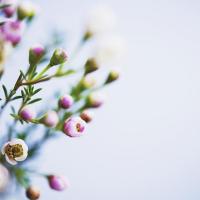 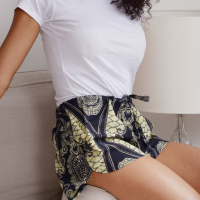 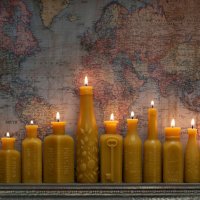 We get told to make our vote count and to use it to wisely to give us the best chance of avoiding extinction, but how do we do that? I used to think that the best way to decide who to vote for was to look at each party’s policies, and when I started drafting this week's blog post it included a blow-by-blow analysis of each party’s manifesto and a report card for the government.  But I’ve decided that it’s a huge waste of my time, and yours. Thankfully there’s a much simpler way to find out who to vote for. Click on the link in the bio to read the full post.
Have you heard of #rainbowrentals. They're a network of eco warriors with sets of reusable party gear that you can hire at very low cost. I picked up this set of new cups in my local charity shop for 30cent, which I'm going to donate to my local Rainbow renter. Brilliant concept, started in Ireland by the inspiring Sharon from @jiminy.ie. check her website for details of renters in your area, or sign up to become a renter today.
What a cutie! Bought this little dote in a local charity shop for €1.50. She's in perfect condition so I intended to resell her in my pre-loved homeware & toys business (see album on Facebook for photos of what I have), but I've become so attached to her I cant bear to say goodbye .... yet.
Birthday cards with a second life. I don't buy cards any longer. I make them from card blanks bought in bulk and cards we receive. It's a fun, easy, quick and low-cost way to reduce your waste. Plus I think the homemade cards look more upmarket than the originals!
Finally getting a chance to set up my Aunt's Vintage pedal-powered @singersewingcompany machine. Only took me 6 months. DIY alterations here I come!
Rose, rose, thorn, bud - gratitude game. It's very easy to get overwhelmed with all that's going wrong in the world. One way to counteract the negativity is to celebrate our daily lives. As part of my new year's resolution to practice more gratitude we've introduce this game around the dinner table. We go around the table and everyone lists one rose (good thing) that happened that day, then we go around again so everyone gets a turn listing another rose, then one thorn (an annoying or upsetting thing) and then a bud (something you're looking forward to). The kids love it and remind us at every dinner time,- making it one less thing for me to remember to do. It's a great way to remind us that although there are annoying or upsetting moments in our lives there are also goodness and hope.